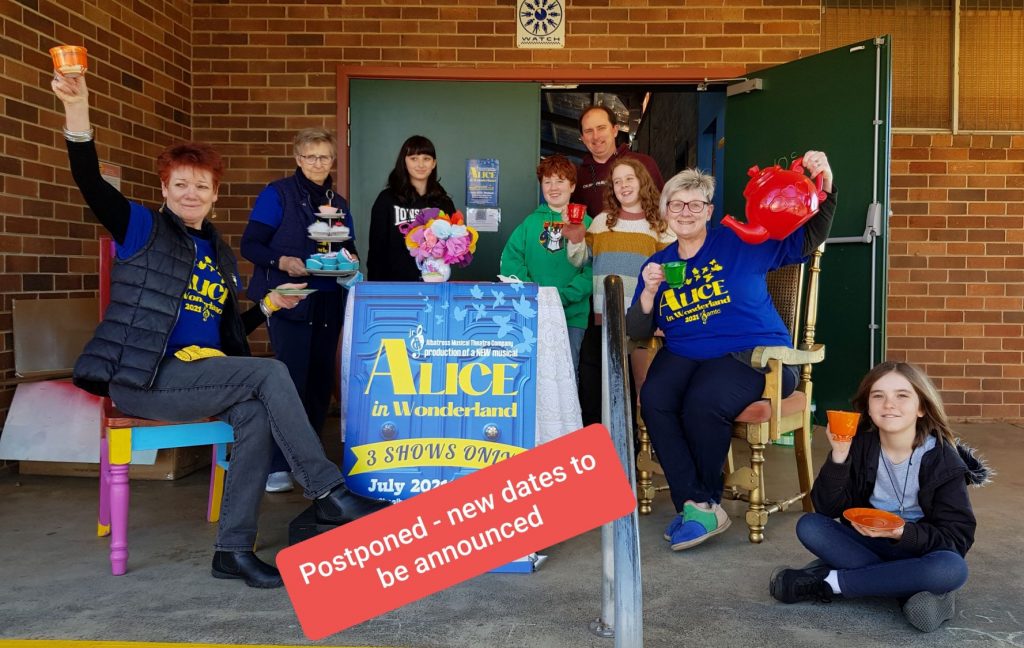 Facing another bump in the road to Wonderland, Albatross Musical Theatre company have sadly had to postpone next weekend’s performances of Alice in Wonderland due to the recent government health advices and seating restrictions.

Not to be deterred, or to disappoint the 70 children who have their songs, lines and cues well memorised and rehearsed, or the 60 or so adults who are involved in the behind-the-scenes side of the production, the show must go on.

Producer Julie Fraser has been in discussions with the Shoalhaven Entertainment Centre and is hoping to secure dates for later in July.

“We were pleased with the number of bookings that we had secured for our shows on 2 and 3 July and the Saturday matinee was close to being sold out.  We hope that by rescheduling that people will still be able to support us and come and see this wonderful show.”

“Rescheduling a show isn’t as easy as just changing the dates.  Venue hire contracts, timetables for rehearsals, engaging technical specialists, budgets, advertising and promotions all have to be revised and communicated to those involved.  It’s almost like starting again.”

“All the sets, costumes and props are ready to go and our children are very resilient and are excited still in the hope of bringing the show to the Shoalhaven.  AMTC will continue with a COVID safe rehearsal this week to help keep the momentum alive.”

The Alice in Wonderland production team will advise the public as soon as possible as to the new confirmed dates.  Those who have already bought tickets will be contacted by the Shoalhaven Entertainment Centre in due course to either have the money refunded or transferred to the new dates.